Emanuel Jones is the eldest ancestor in our Emanuel line identified thus far. He was born in Wales, probably before 1690, and immigrated to the Pennsylvania Colony before 1722.

Until the Industrial Revolution, the Welch used a patronymic naming system in which a child’s name was derived from the father’s sole name or that of an older male ancestor. Emanuel Jones named his first son David ap Emanuel or “David son of Emanuel.” In the American colonies, names were Anglicized, and David ap Emanuel became known as David Emanuel. The descendants of David Emanuel retained Emanuel as a surname.

In about 1748, the David Emanuel family migrated from Pennsylvania into the neighboring Virginia Colony and eventually to Georgia, where five generations remained until the American Civil War. David Emanuel’s son David Emanuel, Jr. was prominent in Georgia politics, and served as Governor for a short term. Emanuel County Georgia is named in his honor. 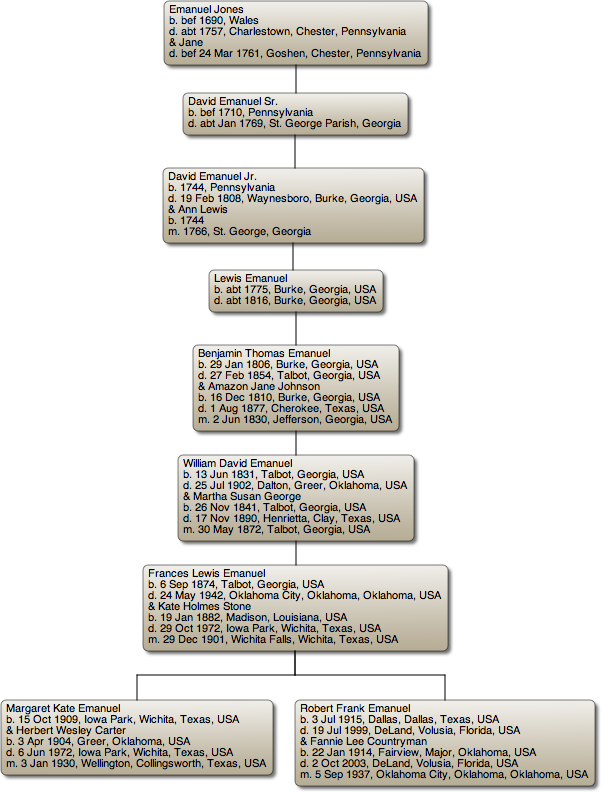