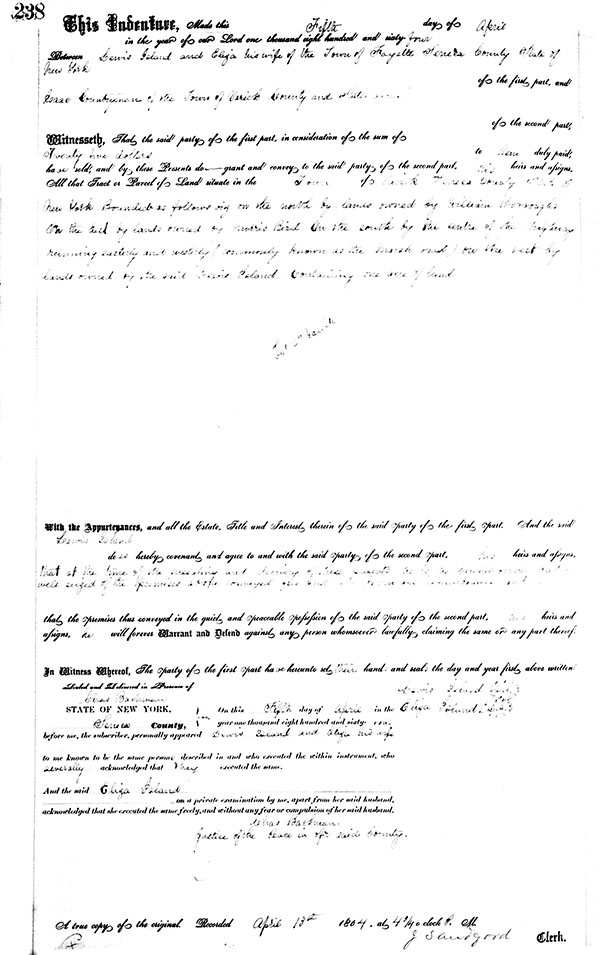 On 9 Apr 1870, Isaac Countryman purchased an additional five acres of land from Morris Bird and his wife for $250 (774). This larger tract was described as commencing in the centre of the highway at the southwest corner of lands owned by J. E. Benninghoof, formerly Lewis Island, thence north along said Benninghoof’s land to lands owned by Thomas Tarr, thence westerly along said Tarr’s land … thence south along said Tarr’s land to the centre of the highway, thence east to the place of beginning. 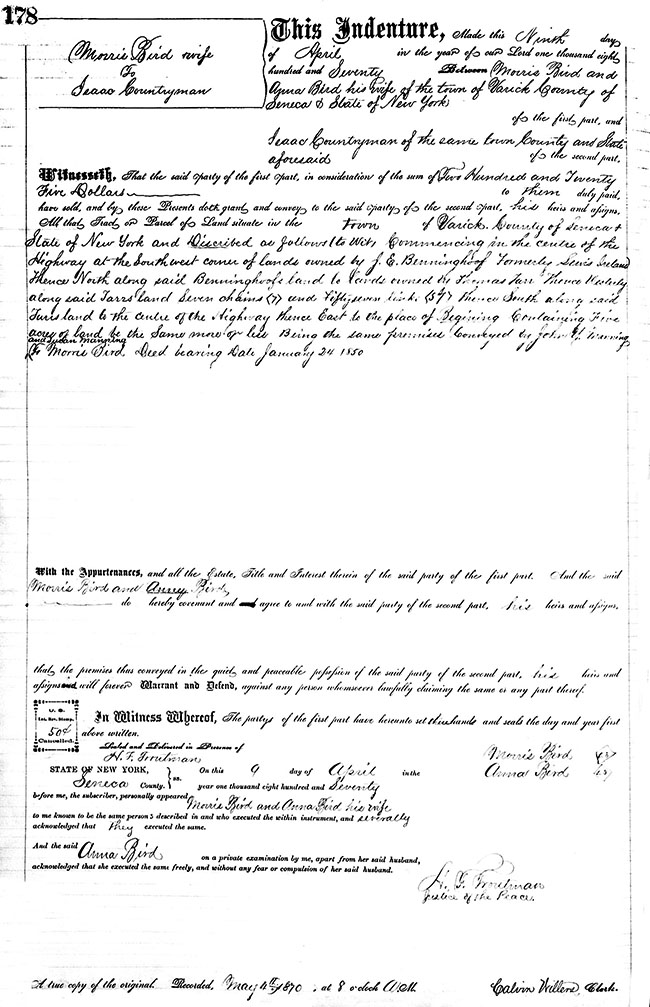 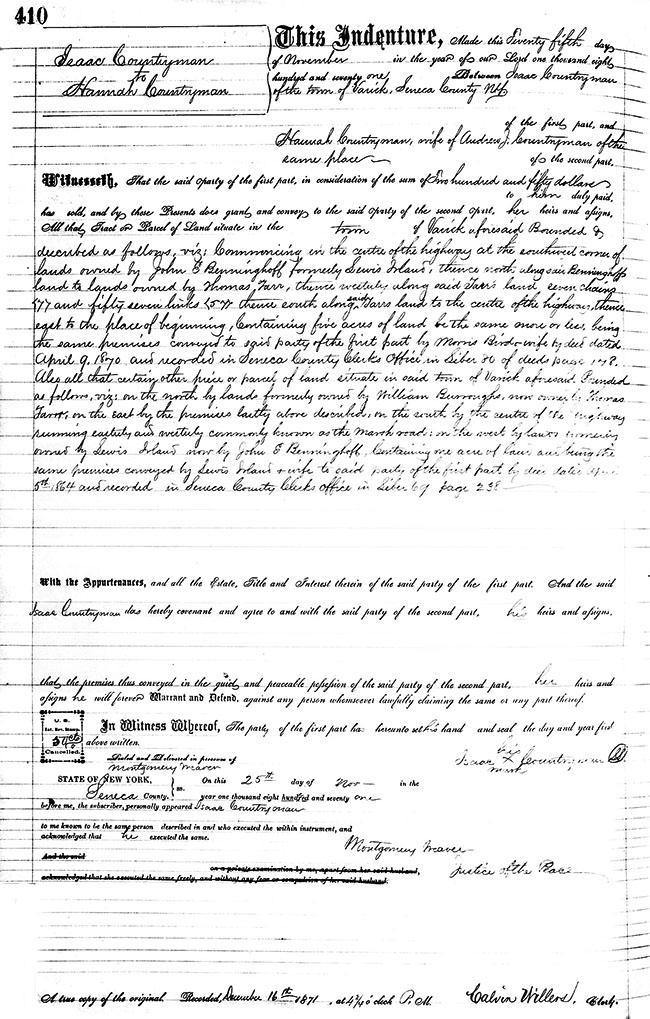 The approximate location of the combined six acres of land along Marsh Road can be identified on an 1858 map of Seneca County, New York showing major property owners. 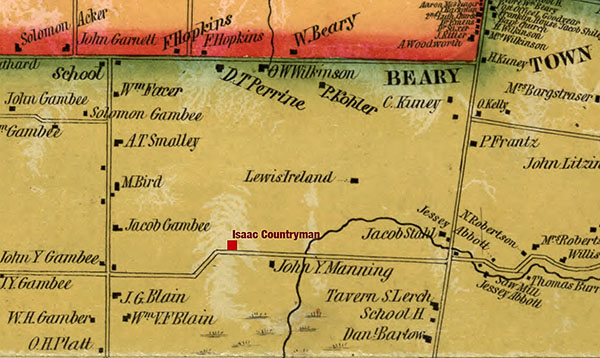